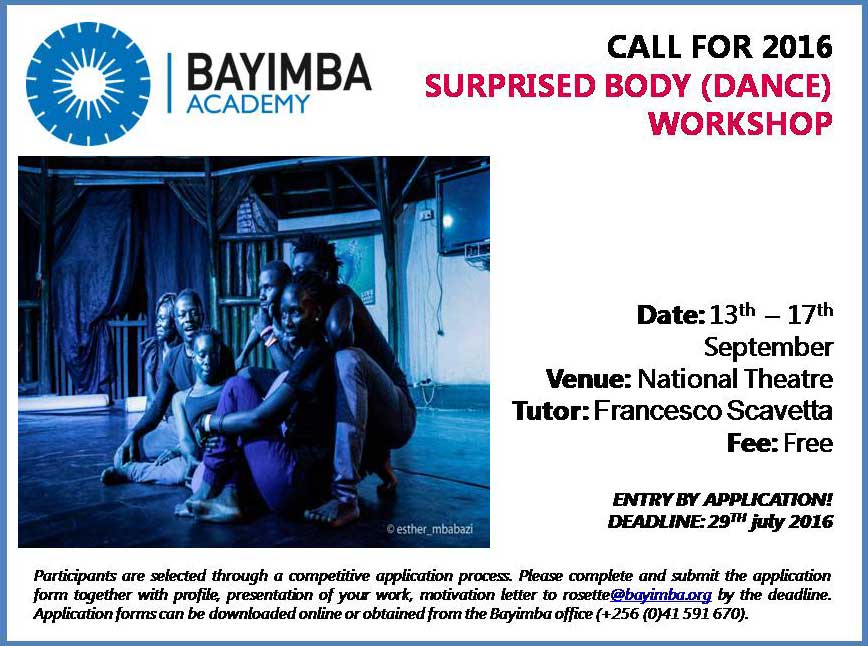 This training is designed to equip dancers in Francesco Scavetta’s personal approach to contemporary dance, based on release-technique and contact-improvisation, influenced by his experience as a dancer and choreographer and by his practice of tai chi chuan, all of which link a deep transformation of the body to a delicate poetic of the movement in the various possible in contemporary dance.
The Surprised Body Project is a dance project that focuses on choreographical and compositional issues. The Surprised Body Project focused on a research that saw the body – the movement and its relation with music and the space – as its central element.

Who is the program for?

The training is targeting professional and practicing dancers

The training will be held in National Theatre 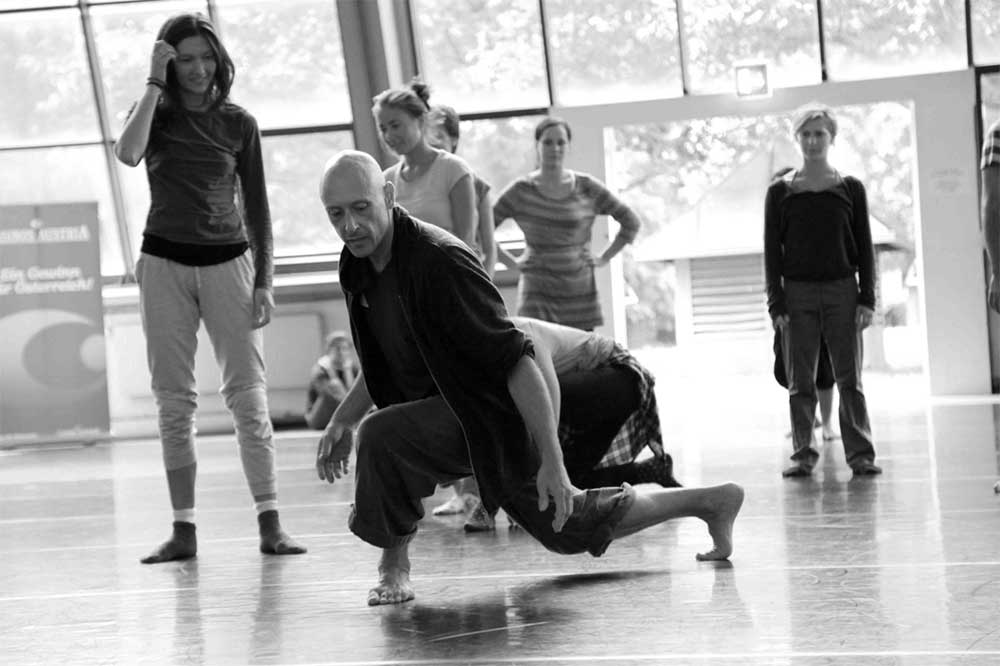 Born in Salerno, Italy, Scavetta studied at National Academy of Dance of Rome, graduated in Theatre and Performing Arts and Post-graduated in Sciences of Communication. Wee was established by Francesco Scavetta and Gry Kipperberg in Oslo, in spring 1999, and has marketed itself for its original style and an extensive international activity since its beginning. Wee has produced 19 performances as well as several commissioned and shorter works and toured in 35 countries in Europe, Middle East, Asia, North and South America. The projects have been produced with the support of Norwegian Culture Council and other public bodies, in cooperation with national and international organizations. In Norway, the company works closely with Dansens Hus in Oslo, who figures as a co-producer in six of the company’s productions.

Scavetta has been giving classes and workshops, among others, at: IMPULSTANZ/Wien, PARTS/Performing Arts Research Training Studios/Brussels, Henny Jurriëns Foundation, Amsterdam (Holland), MTD/Amsterdam, SEAD/Salzburg Experimental Dance Academy, Tanzquartier Vienna, Greenwich Dance London, K3 Hamburg and in many dance/theatre festivals around the world.Since 2012, Scavetta has been establishing Vitlycke Centre for performing arts, a new residency place in the middle between Oslo and Gothenburg.
Scavetta’s theatricality have often been associated with the atmosphere of a weird dream or to a playful world of a child: strange, funny, poetic and, at the same time, surprising. Wee’s creations have changed in format and aesthetic, yet they have continuously tried to explore what theatre and performance can mean in contemporary life and what kind of dialogues they can open with the audience.

Surprised Body Project focuses mainly on movement and choreographic issues and that research, grounded a renewed approach in exploring the body within the later creations, as On the moon and the day after (2013).The core of the company’s investigation deals with fragility and paradox, epiphany and dream, empathy and surprise, avoiding narrative and physical cliché, and questioning reality and identity with humoristic disbelief.

Bayimba Academy would like to thank the following partners for their generous support.