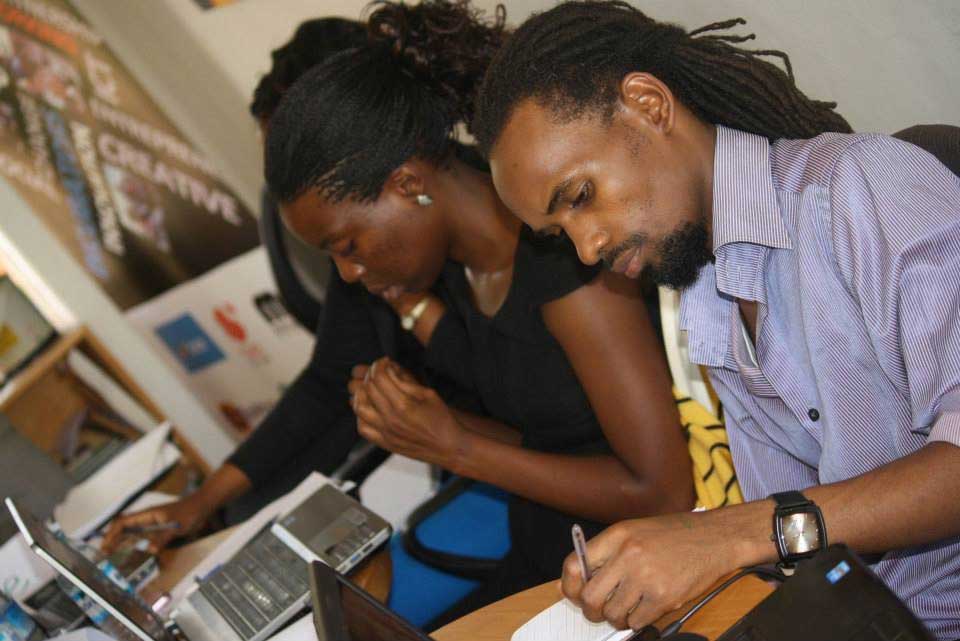 Who is the program for?

The training will be held in Kampala at the Hub Kamokya

The training will be facilitated Simon Musasizi, a senior journalist with The Observer focusing on Arts and culture.

Simon Musasizi is a senior journalist with The Observer newspaper –with a bias in Arts and Culture. For the eight years since he joined the trio-weekly newspaper in 2006, Simon has watched writing for Arts and Culture grow from ‘gossip pages’ to ‘leisure pages’ and now serious critiquing pages.Simon holds a Bachelor’s degree in Mass Communication, Makerere University. However, writing for Arts and Culture for Simon has been a-learning-on-job experience –bettered by several training workshops.Among the training workshops he has been to, is the 11th Cape Town International Jazz Festival Arts Journalism Training held in Cape Town, South Africa in 2010. Here, he was trained by one of Africa’s best Arts and Culture journalist, Gwen Ansell –acquiring the theory component prescribed by the MAPP-Seta for Unit Standard 117541 (Cover a Specialist Beat as a Journalist) of the Level Five National Certificate in Journalism. He also completed a parallel programme for newsroom media trainers of arts journalists.

This is on top of attending several arts and culture festivals among which is the Zanzibar’s Sauti Za Busara International Music Festival, Pan African Dance Festival (Fespad) in Rwanda and Cape Town International Jazz Festival.Back home, he has twice attended the Bayimba Cultural Foundation Arts Journalism Trainings. He has also passionately covered the Pearl of Africa Music (PAM) Awards since their inception in 2003, and was in 2008 one of the awards’ judges. Simon has for the last two years been recognized by USAID-STAR for his excellent coverage of the tourism sector under the Sustainable Tourism Media Awards.

This year, he was one of the six journalists from Uganda, Rwanda and DRC who were taken around the Virunga massif by the Greater Virunga Trans-boundary Collaboration (GVTC) to understand the need for conservation collaboration of the three countries. Before joining The Observer, Simon had worked as an editor for The Prime Timer, a monthly university publication published by Campus Alliance to Wipeout AIDS (CAWA).

The fee for the 2015 Arts Journalism is 50,000 UGX for the one week training, to be paid prior to course beginning. Participants are expected to attend the whole period of the training and bring their own writing and production materials (laptops). International travel and accommodation will have to be covered by participants themselves.

You are required to apply for participation by completing and submitting the application form by 30th of June 2015.

Bayimba Academy would like to thank the following partners for their generous support.